We counterattack to ensure the attackvectors thought of by malicious hackers are mitigated even before the security breach. We are PurpleHat Chief Penetration Testers.

Penetration Testing
Exact simulation of a hacker
with proper approvals from CIO/CISO/CSO to mitigate the risks.

Information Security
Securing Information or Data
across the entire organisation ensuring resilient business continuity.

Vulnerability Assessment
Assessing the security gaps or vulnerabilities
across the entire networks to prioritise remediation.
What’s OMVAPT?
OM – The beginning of everything & unleashing the infinite wisdom. The human element is always at the center in the Information Security. We are driven with Security by Consciousness. Beyond the Security by Design and Beyond the Privacy by Design.
VA – Vulnerability Assessment
PT – Penetration Testing
Offensive Security is a domain of Cyber Security or Information Security. OffSec focusses on ethical ways of penetrating the perimeter to remediate. InfoSec is a superset of IT Security.
IT Security
IT Security covers wide range of domains such as Network Security, Server Security, Application Security, Storage Security, Database Security.

Defensive Security
IT Security is only Defensive in Nature such as Anti-Virus, Firewalls, Intrusion Detection/Prevention Systems, Anti-Malware.

Support Function
IT is a business support function and not a top-down approach. Information Technology is mainly driven by strategic Information Security Leaders at the top-level.


What is the need for Information Security? - 1

What is the need for Information Security? – 1

We are in the interim of a digital innovative-revolution that recommences to increase with each moving day. Not surprisingly, we are creating and utilising information at an astounding pace, contributing to the data concussion and flying behind a far-reaching information trail in digital, physical and spoken formats. This trend is set to persist: global data amounts are anticipated to stretch 44 trillion exabytes by 2020.

In today’s “Information Age”, information has displayed as the highly valuable asset. Nowadays, information is used to compete and succeed in global business. In reality, intangible information assets can denote more than 80% of the organisation’s total value. Organisations must prioritise the assurance of their mission-critical information assets. These assets require precise information ownership and heightened security due to the risks to which they are exposed.

The Autonomous or Self-Driving Cars, Connected Devices, Internet of Things (IoT), Software Defined Networking (SDN), Software Defined Data Centres (SDDC) all got breached at various companies in the last year alone.  The Augmented Reality (AR), Virtual Reality(VR) & the emerging Mixed Reality (a combination of both AR & VR),  Digital Crypto Currencies such as BitCoin; the plethora of ever happening security breaches at all realms of the world means the need for information security experts is increasing at alarming rates! Most organisations do not want to do business with the compromised companies; security breaches happened in these enterprises has lost the significant brand reputation that has built over decades.

What is the need for Information Security? - 2

What is the need for Information Security? – 2

Remarkably many businesses are grappling to fight today’s ever-determined malicious hackers, that means security vendors need to ensure they are upholding smarter, synchronically. The predicament for many businesses is that they do not know where to begin, consequently selecting ad-hoc solutions that collapse to integrate. However, that integration is mission-critical to detecting, isolating and mitigating threats before any disaster.

It is our duty, as information security leaders in our area, to join teams so that they can maximise their information and investments as much as feasible. After all, the cyber-criminals are increasingly blending resources and working collaboratively – so why shouldn’t we?”

What is the need for Information Security? - 3

What is the need for Information Security?

Regardless of how Brexit moulds the legal, regulatory & compliance (LRC) framework going impertinent, the game against the art of deception and cyber crime is bound to grow at a ferocious speed.

Interactivity is an Information Security system characteristic that implies intercommunication with the critic and their devices as well as an influence on the different attack vectors depending on the attacker’s moves. For instance, heralding junk search results to confuse the vulnerability scanners used by cyber criminals is interactive. As well as causing problems for the cyber criminals and their tools, these plans have long been used by security researchers to obtain information about the fraudsters and their intentions.

There is a fairly clear perception among interactive and “offensive” protection methods. The former imply interaction with attackers to distinguish them inside the protected infrastructure, avert their gestures and steer them underneath the wrong lane. The latter may include all of them & exploitation of security vulnerabilities on the attackers’ resources so-called “counter-hacking. Counterattack is not only against the law in many countries unless the defending side is a state organisation carrying out law enforcement activities it may also endanger third parties, such as users’ computers compromised by cyber criminals.

Employing the use of interactive security methods that don’t break the law in an organisation’s continuing IT security processes make it plausible not only to identify if there is an intruder within the infrastructure but also to generate a threat persona.

One such strategy is Threat Deception – a set of methods, specific solutions and processes that have long been used by security geeks to analyse risks. This persistent manoeuvring can be used to preserve valuable information inside the corporate network from labelled attacks.

Offered the rapid pace of industry and technology, and the multiple elements beyond the C-suite’s authority, conservative risk management frankly isn’t agile enough to deal with the business risks of cyberspace pursuit. Enterprise risk management shall cast by the willingness to perform risk resilience by assessing threat vectors from the status of industry acceptability and risk profiling. Leading the industry to a position of readiness, resilience and responsiveness is the unavoidable way to secure mission-critical assets and defend people.

Why Information Security Risk is a Board Level Decision?

Why Information Security is a Board Decision?

Encouraging cyber security programs to require thoughtful planning and perseverant efforts throughout the enterprise, with businesspeople leading the supervision. Companies that plant and propagate a profoundly firm perception of security are most prone to be resilient and contentious in the face of open-ended threats and challenges. As the members, objectives, and stakes shift in response to geopolitical and financial forces; leadership shall prevail vigilant—keeping up on trends and surfacing fulminations, drafting exercises from information security events & incidents at other companies, reassessing strategies and priorities, and collaborating jointly with security experts.

Information risk shall be levitated to a board-level concern and provided the equivalent consideration yield to other risk management disciplines. Businesses face a daunting fashion of difficulties interconnected with Infomation security: the unquenchable desire for speed and agility, the ever-expanding interdependence on complex supply chains, and the accelerated evolution of new technologies. Information security chiefs shall stimulate collaboration beyond the entire company, leading business and marketing requirements into association with IT strategy. IT must reconstruct the security communication, so it will resonate with leading decision-makers while also strengthening the organisation’s business objectives.

We are always updating & upgrading our skillsets. Our team is studious to stay ahead of the malicious hackers curve ensuring that we will be one step ahead of the evil to protect the good guys. 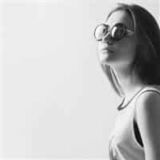 Their Social Engineering Assessment is recommended to stay ahead of the Security curve. 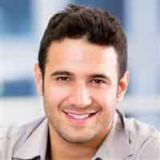 OMVAPT team is truly Black Hat Penetration Tester and has helped us to overcome lots of challenges we faced in our organisation.